Labour day weekend fun 💛🤍 Hope you had a sa

When we first brought Amalia home from the hospita

I’ve seen the trending reels with the audio enco

Sunday morning self care, with a few of my favouri

My💖💖 In a world that seemingly has it all.

From sipping bone broth to browsing the different

Home » Blog » Pregnancy Symptoms and My Journey So Far

At 11am on October 9th I randomly took a pregnancy test.
No real pregnancy symptoms, just a 2 day late period.
Now with that said, I had been on birth control for over 10 years. Since being off of the pill for about 6 months, my period had yet to be truly spot on, so I didn’t think much of a late period.
As I waited for the results I remember telling myself, “you have no pregnancy symptoms, you’ll probably get your period tonight, this is silly.” 20 minutes later I stared down in joyous disbelief at the 4 (yes 4, I’m particular and wanted to be sure LOL) at -home- pregnancy tests that lay in front of me. All displaying 4 double pink lines!

How Did You Tell Andrew You Were Expecting?

I honestly didn’t know what to do!
My initial reaction was to picked up the phone and call Andrew, but quickly realized the news I’d be unpacking on him while he was travelling. So I texted my girlfriend a picture with the words, “OK wait… is this real?”

I still laugh at the text message thread between the two of us, many “OMG’s”.

With the day to myself I wanted to know for sure by the time Andrew got home since I still couldn’t believe it. So I sat in the doctors office as she confirmed with a 5th pregnancy test. It all felt like a dream!
We were able to track back to my last period and she determined I was 4 weeks pregnant! (She was spot on.)

By the time Andrew came home from work I had so much excitement in me, I had zero patience to craft up some thoughtful reveal. Instead I just blurted out, “I’M PREGNANT!!!” and whipped out the 4 pregnancy tests hidden behind my back.

We were both smiling ear to ear and just kept looking at the tests!
Not a day goes by that I don’t appreciate how incredible this experience is.

My first real pregnancy symptoms were ones I’d never heard of: extreme thirst and frequent urination.
As I’d never heard of this as a symptom, pregnancy didn’t even cross my mind.
Now when I say extreme thirst, I mean extreme. I honestly thought I had a medical condition, due to the fact that I drank 8 water bottles in a 3hour drive up north, and also peed probably 3 times.
I’ve become the queen of highway pees this pregnancy, that’s for sure.

The most common pregnancy symptoms – nausea kicked in at about 7 weeks. For me this lasted until my second trimester.
Now the term – “morning sickness” is BS!! It’s all day sickness!
I was sick in the morning, in the afternoon, at night – anytime I was awake.
One morning I went to pull Zeus’ raw food out of the freezer and literally threw up all over the kitchen. There was no forewarning with my nausea, it was like immediate vomit (sorry, TMI).

I guess this ties into my pregnancy symptoms, however this didn’t hit until probably 18 weeks. My main craving has been sour foods, specifically grapefruit! I’m usually a sweet tooth kinda girl, so this is really interesting and new for me. Sour has never really been my thing. The Smart Sweets peach rings have been a staple in our pantry!

What Have Been Some Difficulties?

I am so thankful and truly appreciative every day. I’ve been fortunate to have enough energy and strength to be doing all the same things I used to. With that said, I am much more aware and cautious with everything I do. I truly cherish each day and moment of this new chapter.

There are things people don’t tell you:

1) Random Pains. Round ligament pains were bad for me at around 20 weeks when I was really starting to show. I had to get used to the fact that you can’t just jump out of bed any more!
2) Tummy Pains. I’m not talking about growing pains, I mean digestive. Probiotics and Magnesium are a must for me. I’ve suffered from IBS for over a decade and usually manage it well. With pregnancy, everything changes – including the microbiome of your gut health. Taking the two of them has been so helpful for me.
3) Nasal Congestion. At around 18 weeks I really started to noticed congestion in my nose, I thought I was getting sick, but apparently this is also a common symptom, due to increased blood flow.
What’s been helping me, is a keeping a humidifier going in our home, sleeping elevated and I’ve also recently incorporated a Neti Pot.

Also… Mommy Brain! I forgot my cellphone in the freezer the other day LOL!

Hoping For A Specific Gender?

No. We just prayed for a healthy baby!
I did however have a feeling. From the day I took the pregnancy test I had a feeling it was a boy. I am usually really good with my intuition so we just went with it. Almost all our family and friends also guessed boy, so we kind of began to assume she was a he!
With that said, my first baby dream was a little girl. I remember being so thrown off I had to tell Andrew about it, yet he threw me off completely when he told me he had 2 baby dreams and in the dreams it was a girl both times!
I believe someone was giving us a little insight, we just didn’t pay attention.
We were both so surprised when “female” was checked off on the gender card!

Have Your Pets Acted Any Differently?

Yes! Our one cat Austin has been so protective of me.
It is so incredible because she is not affectionate at all. Having her curl up on my belly, jump up beside me as I work and follow me around is such a wild thing to see. I’d never have guessed our cats would be this responsive, especially not our illusive little one.

Do You Have A Name?

No! We had such a strong feeling she was a boy we were all set with our boy name and even a middle name! (I’m saving this name as it’s been a favourite of mine for years!)
Now that we know she’s a little girl… we are having such a hard time picking names. I have a feeling we’ll have a list and need to meet her to name her. For some reason baby girl names are so much harder.
We’d also like to stick to the “A” names, which makes it more of a challenge!

If you have cute A names please comment them below!

I am honestly so elated to be pregnant with a healthy little girl. Growing up my favourite game to play was “house”. I had an insane amount of dolls and was obsessed over babies. I’ve always known I wanted to be a mom, but being with Andrew has made me so much more excited to start a family and this new chapter with him.
I know he is going to make the most incredible Daddy. 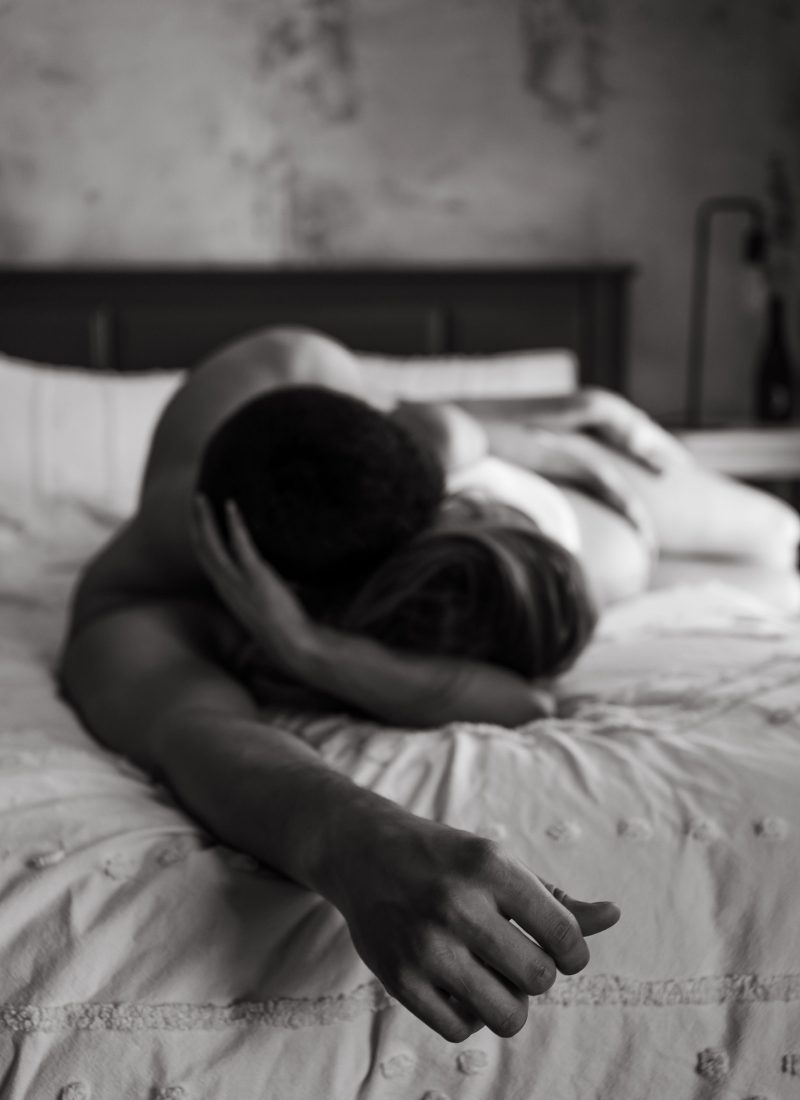 Our Passage Into Parenthood 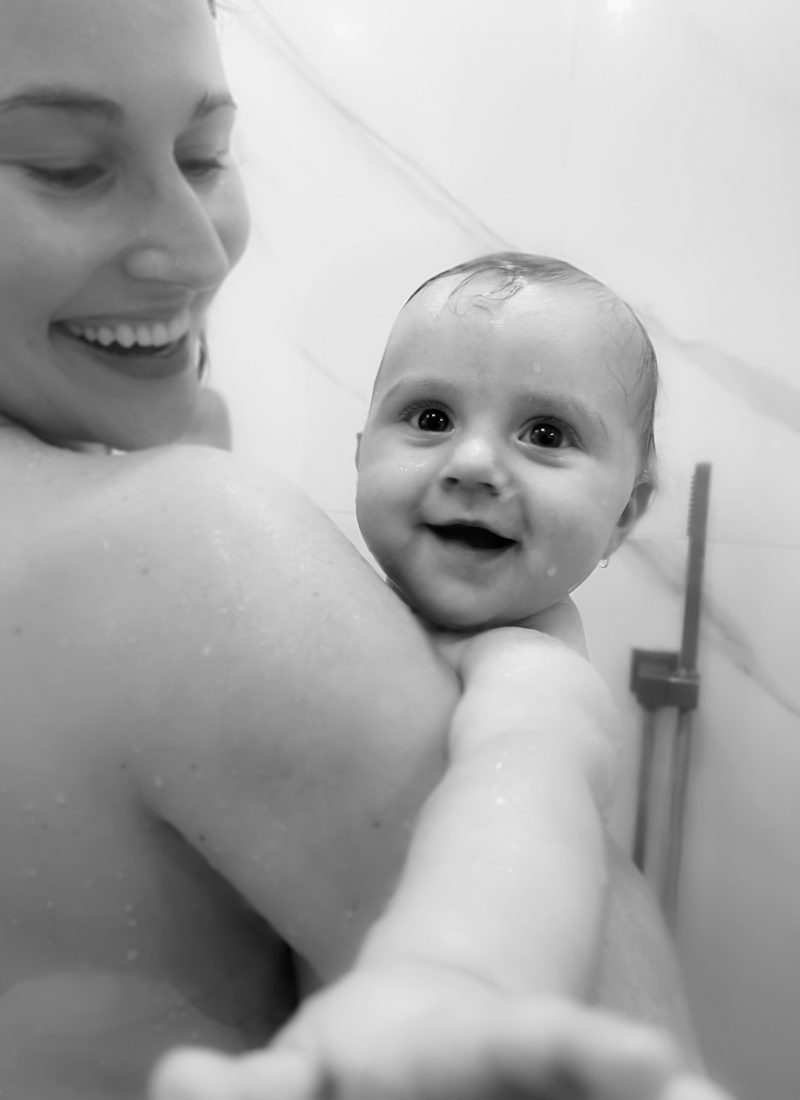 My Postpartum Journey So Far

What To Expect in Pregnancy – What No One Tells You 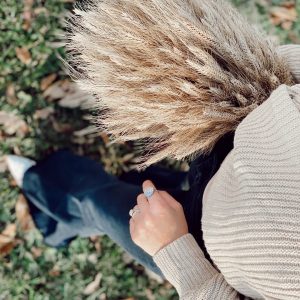 Labour day weekend fun 💛🤍 Hope you had a sa

When we first brought Amalia home from the hospita

I’ve seen the trending reels with the audio enco

Sunday morning self care, with a few of my favouri

My💖💖 In a world that seemingly has it all.

From sipping bone broth to browsing the different

Spent the weekend fighting off a nasty cold. It’